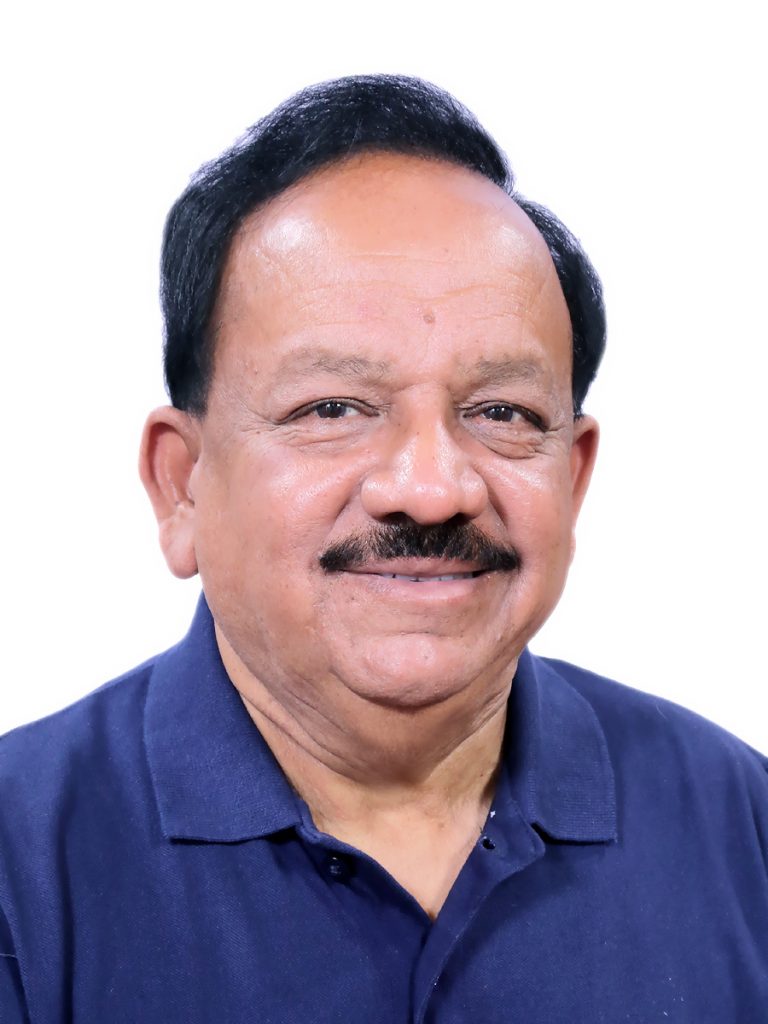 Dr Harsh Vardhan (born 13 Dec 1954) is an Indian politician and an otorhinolaryngologist. He is a member of Parliament, having been elected to the Lok Sabha twice in 2014 and 2019 belonging to Bharatiya Janata Party (BJP). He is currently a member of the 17th Lok Sabha representing the Chandni Chowk constituency of Delhi. He was the Union Minister of Health and Family Welfare in the BJP-led NDA Government from 30th May 2019 – 7th July 2021. He had also been a member of the Delhi Legislative Assembly and Minister in Delhi NCT Government. He is a member of the All Party Indian Parliamentary Forum for Tibet.