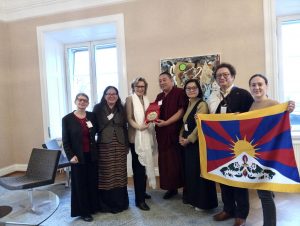 The delegation with Ms Margareta Cederfelt, Chair of the Tibet group in the Swedish Parliament

A delegation from the Tibetan Parliament-in-Exile (TPiE), consisting of Parliamentarians Tenpa Yarphel, Youdon Aukatsang, and Wangdue Dorjee, had the courtesy of meeting with Ms Margareta Cederfelt, Chair of the Tibet Group in the Swedish Parliament, and updated her on the precarious state of affairs in Tibet.

Additionally, they engaged with Tibetans living in Sweden and met Members of the Tibetan Community in Sweden. They enlightened them on the dire conditions of Tibetans inside Tibet, their responsibilities, and the means of the Tibet advocacy programme of TPiE. Thereby, the delegation’s lobbying effort in Sweden was successfully concluded.

The Tibetans in Tibet are still subjected to the Chinese government’s repressive policies, which strip them of the fundamental rights to freedom of speech, expression, and religion. 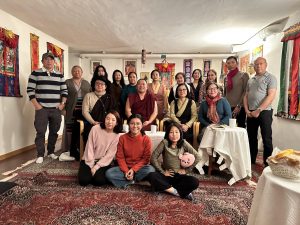