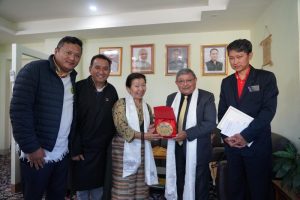 Gangtok, Sikkim: Deputy Speaker Dolma Tsering Teykhang of the Tibetan Parliament-in-Exile, who is currently in Gangtok for the Local Tibetan Assembly workshop, paid a courtesy visit to Shri Kunga Nima Lepcha, Educational Minister of Sikkim government, at his office on 18th Oct, 2022.

At the meeting, the Deputy Speaker extended her gratitude to the government of India, particularly to the government of Sikkim, for their longstanding support for the cause of Tibet and urged for the continuation of the same. She presented souvenirs to the Minister, including a book and factsheets on Tibet.

During the visit, the Deputy Speaker was accompanied by Jinpa Phuntsok, Chairman of Gangtok Local Tibetan Assembly; Lhakpa Tsering, Settlement Officer of Gangtok and Tsephel, President of the Regional Tibetan Youth Congress. 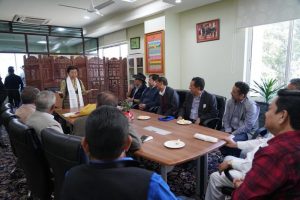 Deputy Speaker interacting with a group of former Sikkim Ministers and MLAs. 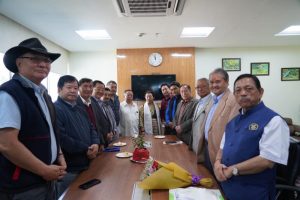 Deputy Speaker with a group of former Sikkim Ministers and MLAs. 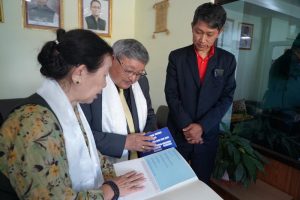